Bakugou begins the series with an arrogant personality and frequently mocks Izuku Midoriya for being devoid of quirks. However, after losing to Izuku during training, he starts to like him better. After being kidnapped by a league of villains, Bakugou is rescued by All Might, whom he idolizes.

However, All Might loses his Quirk in battle, causing Bakugou to feel guilty about it. After some reassurance from All Might, Bakugou begins to feel less bad about it. Later, Bakugou becomes one of the first characters to learn the true nature of Izuku’s Quirk, One for All. After Izuku left UA High School, Bakugou apologizes to Izuku for bullying him in the past.

He also admits that the reason he bullied Izuku was because he felt that Izuku always looked down on him. Filled with jealousy and hatred, Bakugou begins to bully him to feel that he shouldn’t be weak and should be popular.

However, after learning about Izuku’s pain, he finally realized that Izuku never hated him in the first place and it was his envy blinding him, resulting in his classmates scolding him for being dishonest and his bad attitude, especially Ochaco and Tenya. . Since then, he decided to help Izuku prepare to fight the villains.

Bakugou’s Quirk – Explosion; this works by having Bakugou secrete a nitroglycerin-like substance that he can detonate at will. Over the course of the series, Bakugou learns to use this in different ways, such as moving through the air or creating shockwaves as a defense. His forearms ache from overuse of force. 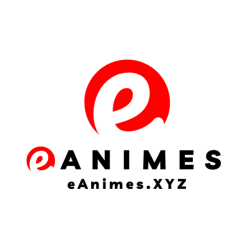 We Provide You With Anime Related Information. Which Includes Anime Series, Movies, Characters, NEWS, And More.